Monday, monday.  My teeth are starting to hurt bad.  I need my retainer.

We went to Steak and Shake with my sister and John after that.  I had a brownie + ice cream.  Then we visited Kevin. 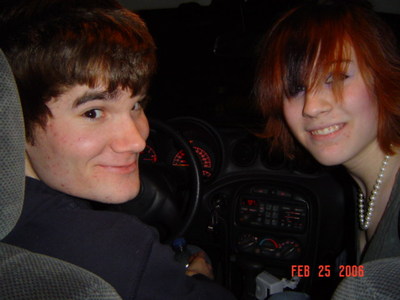 Saturday we actually had better plans.  We waited all day to go see Still Remains (which i had never heard before that night).  They were pretty decent, but the rest of the bands there sucked some serious shit.  I came home to my brother around 11.  He was upset.  We talked.  Then I slept.  And now today I’m supposed to hang out with T, and then work.